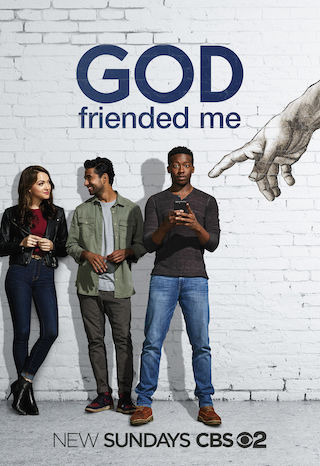 In addition, you can read a synopsis for each the three upcoming episodes of God Friended Me if CBS revealed such data.

God Friended Me is an American 60 minute scripted comedy television series, which kicked off on September 30, 2018, on CBS and is broadcast every Sunday at 20:00. The show is currently in its 2nd season.

CBS is yet to announce the renewal of God Friended Me for Season 3 as well as its cancelation. Sign up to track down the show's status and its release date.

Rakesh is stunned when his new soulmate app suggests that Lulu, the princess of an African nation, is his soulmate, instead of Jaya. So, when the God Account sends Miles Lulu's name, Rakesh takes the lead on figuring out how they can help her. Also, Ali reveals her cancer diagnosis to Arthur and Trish.

Rate "God Friended Me" and/or Write A Review

God Friended Me: List of Episodes With Release Dates