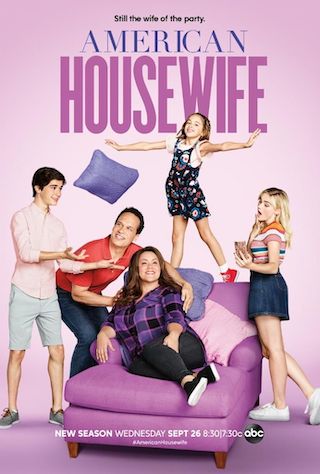 American Housewife Season 5 Is Yet To Be Announced By ABC

In addition, you can read a synopsis for each the three upcoming episodes of American Housewife if ABC revealed such data.

American Housewife is an American 30 minute scripted family television series, which kicked off on October 11, 2016, on ABC and is broadcast every Wednesday at 20:30. The show is currently in its 4th season.

ABC is yet to announce the renewal of American Housewife for Season 5 as well as its cancelation. Sign up to track down the show's status and its release date.

When Katie learns that the top prize is an all-expense paid vacation, she doubles her efforts to help Anna-Kat win top prize in cookie sales against her fellow troop members, The Wildflower Girls. Meanwhile, Oliver's attempt to help a student he befriends through the Teen Help Line center backfires.